The Effect Covid-19 Left on the Volleyball Players

As all sports get moved around to fit the covid criteria many have to adapt their schedules to their different sport seasons. 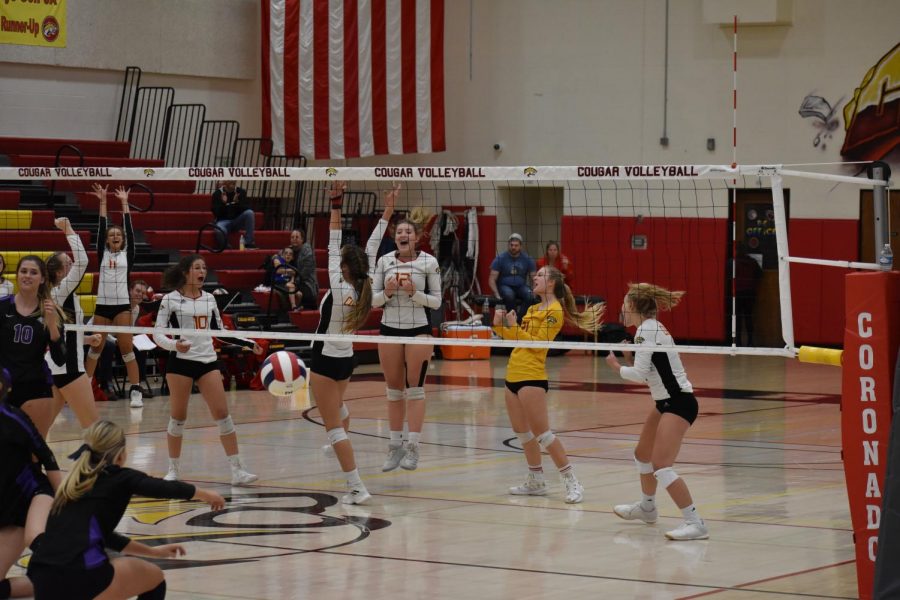 CHSAA has moved all sports around to meet the restrictions that were brought by COVID 19, Women’s Volleyball, including one of these sports, has moved from a fall sport to a spring sport. This change in seasons may not look like it would alter the sport much from an outsider’s point of view, however even the slightest change in the season can affect just about everything.

Sports have now been put into 4 seasons, going down the alphabet from A-D. Girls volleyball is included in season C from regular season going from March 1st to April 17, which is about a month shorter than a regular season would be. Even the number of games have changed, making it only a small amount of time to play a handful of teams. These changes may come hard for some of the seniors because their senior year has already changed drastically, and now they have to cut time playing a sport they love nearly in half.

However, despite the time and number of game changes the outlook on this season is more positive. It may even benefit the team in the long run. When asking Stacia Smith, Coronado’s varsity outside hitters, opinion on the situation about the season being postponed she stated that she “thinks it was a good decision made by CHSAA, because even though [she] is eager for school season, it is much more likely to happen in March”. Point being that because the season was altered, the chances that this sport would be shut down because of covid reasons would be less likely than sport happening in the fall. The other plus side for the Volleyball team, along with other sports is that even though the future is still unknown and that still is unsure of how Covid will affect everyone’s lives in the spring, there is still a chance that the team will not have to play with masks on. Making it exponentially better to do the physical training in order to be prepared for the season. Rachel Scott, 12, the varsity setter, also views these changes in a more positive light, stating that she does “not see it as a negative thing because now [the team] can play club in the fall and [Rachel] get[s] to end senior year with a team [she had] played with for a long time.” Being able to end the senior year with the sport the Volleyball team loves, and hopefully on a good note, makes this tough time have a better ending.

Overall, Covid has changed many aspects of everyone’s lives and has forced us into putting activities and events into a whole new perspective especially for all the athletes. Even though everything has changed it may just change for the better.