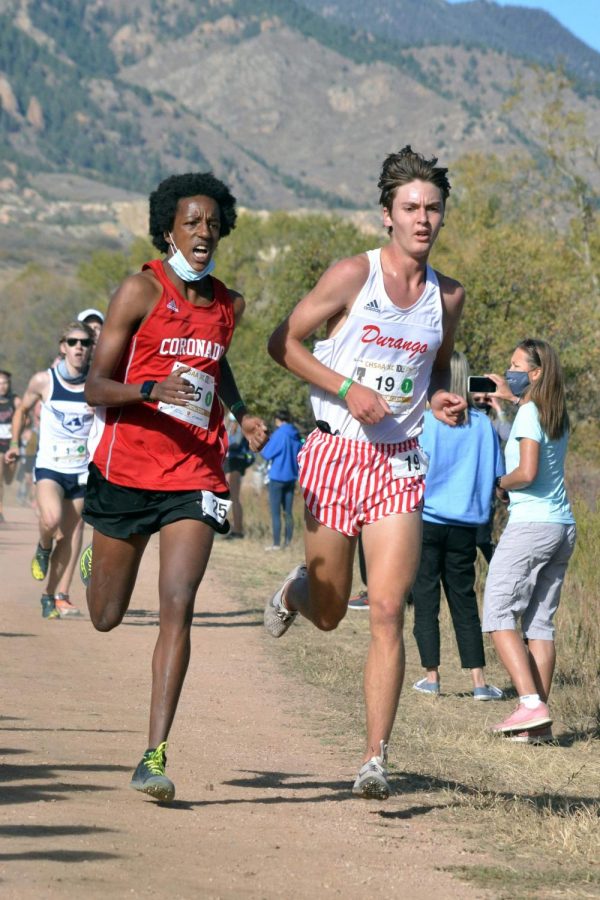 The 2020 Cross Country season has officially concluded with the State Meet taking place on Saturday. Our very own Zinabu Engstrom competed and placed eleventh overall! Z set a new PR on Saturday with an official time of 16:04 on one of the hardest courses in the state.

As for his outstanding performance Z said that, “State was good, and even though [he] was just outside of [his] goal, [he] was really happy with my time, and it was really good to have the support of [his] teammates and coaches being there.”

In addition, Head Coach Stoughton said that, “We knew from the beginning that he would have a chance to do well at state so we tailored his training this season so that he would peak at the right time and based on his performance he sure did. He put together a really tough, smart race, and we are all very proud of him.”

Also a big thank you to everyone that came out to support Z, the amount of people wearing Coronado gear was overwhelming, and every single person who came is appreciated. Lets all come together to give Z a huge congratulations on his third visit to the Colorado State Meet! We’re proud of you Z!