Amanda Gorman, a poet and activist, is now making headlines throughout the country after her Inauguration performance. 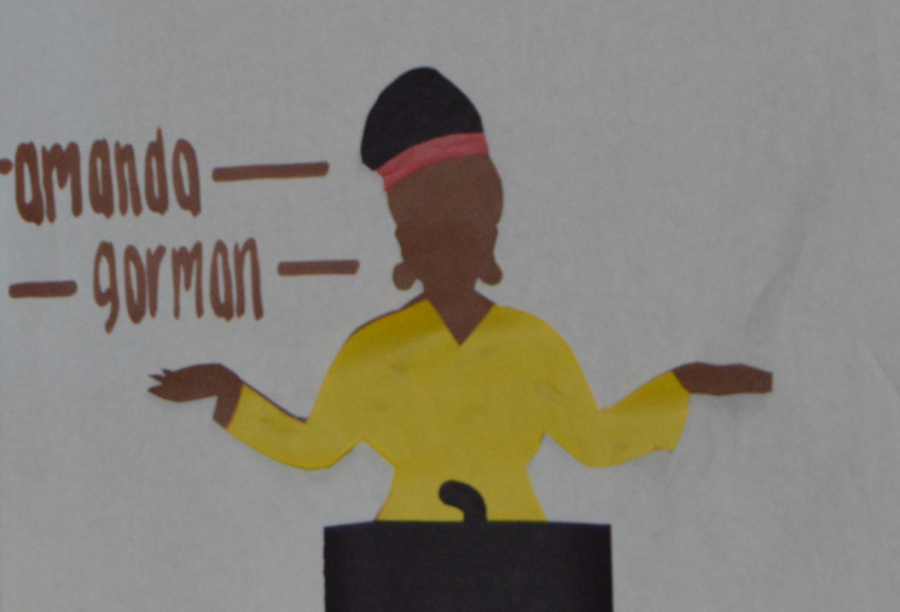 23 year old Amanda Gorman has already accomplished more in just a few years than many will in their whole life. Her work and words have won her invitations to the Obama White House and to perform for Lin-Manuel Miranda, Al Gore, Secretary Hillary Clinton, Malala Yousafzai, and after January 20th, 2021, she was the youngest Inauguration poet in U.S History. However her accomplishments do not stop there, she was the winner of the Poets & Writers Barnes & Noble Writers for Writers Award, and is the youngest board member of 826 National, which is one of the largest youth writing networks in the United States. In 2017 she was named by the Library of Congress the National Youth Poet Laureate which was the first ever youth poet in the United States.
Along with being a poet, Amanda is also a major activist and most of her work and energy is used to bring light to issues of oppression, feminism. Race, ect. She is a very devoted intellectual and has received her education at Harvard University which further increased her passion for what she does. Not only is she wicked smart, well spoken, and devoted to shed light on the problems our society faces on a daily basis, she is now a model, as she has signed with IGM models, one of the biggest modeling firms in the nation. Her work and presence in society continue to exponentially grow, as she has a new book coming out called “The Hill We Climb”. Which includes lines such as “We will rise from the golden hills of the west. We will rise from the windswept north, east where our forefathers first realized revolution. We will rise from the lake-rimmed cities of the midwestern states. We will rise from the sun-baked south. We will rebuild, reconcile, and recover. And every known nook of our nation and every corner called our country, our people diverse and beautiful, will emerge battered and beautiful.” These lines go along with the theme of unity in these hard times of separation and difference of opinion, her book, along with these lines will bring hope to the people of America and around the world.
Amanda Gorman is an outstanding human being that has only just begun her way in life. She is the type of role model that women, minorities, and just about anyone, can look up to and be impressed. This outstanding poet, activist, and model is a force of nature that will take the word by storm.