As Coronado Girls Swim Team comes to an end, here are some updates on how their season went! 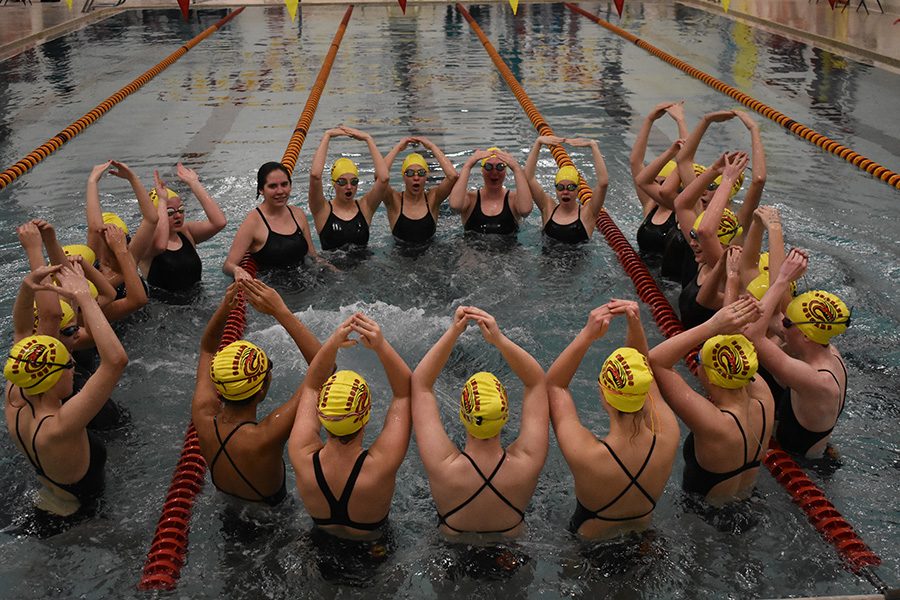 The swim team harnessed the talent of both talented underclassmen and seasoned veterans for a great season.

Swim season has been in swing for about seven weeks with Coronado’s very own councilor, Mr. Holm, as head coach. Swimming recently just had their second meet against Palmer High School on Tuesday. Currently their record is 0-3 in Overall, with a loss against Palmer ((L)100-79), Lewis-Palmer ((L) 138 – 45), and Pine Creek ((L) 145 – 41), and Cheyenne Mountain((L)306-99), and they have just finished their last meet against Dorhtey and Fountain Fort Carson in which they came in last. The Cougars swim team also just finished their League meet, which was the last major meet, which was against multiple teams in order to get to go to state, they finished fifth! Although they have suffered some losses, it is difficult because of the limited amount of swimmers and time that Coronado has compared to the competition.
Currently the stat leaders of the team is varsity swimmer, Anneka Sedelmyer (freshman), and varsity swimmer and sophomore,Natalie Austin, and who has a the leading time of a 01:07.39, in the 100 Backstroke, 02:32.27 in the 200 Individual Medley, and an outstanding time of 06:25.07 in the 500 Free. When asked about her take on this very unusual season the younger classmen captain said that “I am just happy I am able to get in the water and be with a team that I love”. She also added that although the outcome of the meets has been a little rough, “People individually have been improving exponentially”. Along with Natalie, other stat. leaders and captains of the team are Maycie Rogers (Senior), Lily A(Junior), and dive captain Kristen Mayberry (senior).
The swim season has come to end, and although the outcome of the season may have not been what the cougars wanted it to be, this has been a successful season for the swimmers individually with nearly every swimmer surpassing their best times, and improving so much with the little amount of time that they were given. Great job Girls Swim Team!