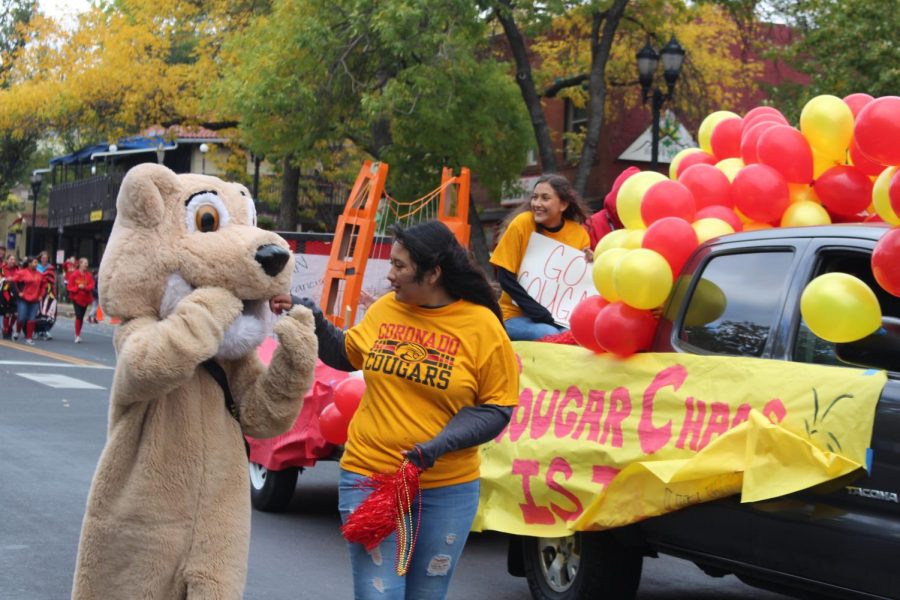 Monday, September 20th- NO SCHOOL (that’s a reason to celebrate!)

Tuesday, September 21st- We have school wide spirit day: dress up in all 70s attire. Breakout the polyester suits and platform shoes. Ask your grandparents what they wore and if you can’t borrow from them, go thrifting! After school, you can watch the tennis team at home and the soccer team at Garry Berry.

Wednesday, September 22nd- It’s beach day! That night, there is also a homecoming powder puff football game at Garry Berry stadium. The junior girls will face the senior girls in the ultimate showdown!

Thursday, September 23rd- For another spirit day, you can either dress up as a rapper a rocker or a cowboy. After school, head on down to Monument Valley Park to see the cross country team host their Cougar Classic. Over 1500 athletes will be racing through the park to see who is fastest (hint, it’s us…maybe). You can also check out the softball team at Holmes and the volleyball team at home.

Friday, September 24th-This day is more of a traditional day where all we wear is red and gold. There is also going to be a huge home game for our varsity football team and we will be playing Liberty at Garry Berry stadium. Make sure we pack the stands because you won’t want to miss the crowning of the HoCo King and Queen at halftime!

Saturday, September 25th- On the Saturday, we will have a parade from 10 am to noon through the streets of Old Colorado City. Later that night from 7pm to 10pm we will have the homecoming dance, so you have plenty of time to get your hair did.
Sunday, September 26th- NOTHING—sleep. Recover. Do some homework.

We would like to ask for as many people to participate in homecoming week because it is fun to dress up every once in awhile and, if enough people do it, you could feel like you should have since you could be the odd one out. Enjoy your week, Cougars and have a spectacular homecoming week and we hope to see you in all your Cougar wear.