Jared Isaacman leads the Inspiration4 crew to set records, as well as make a difference back home. 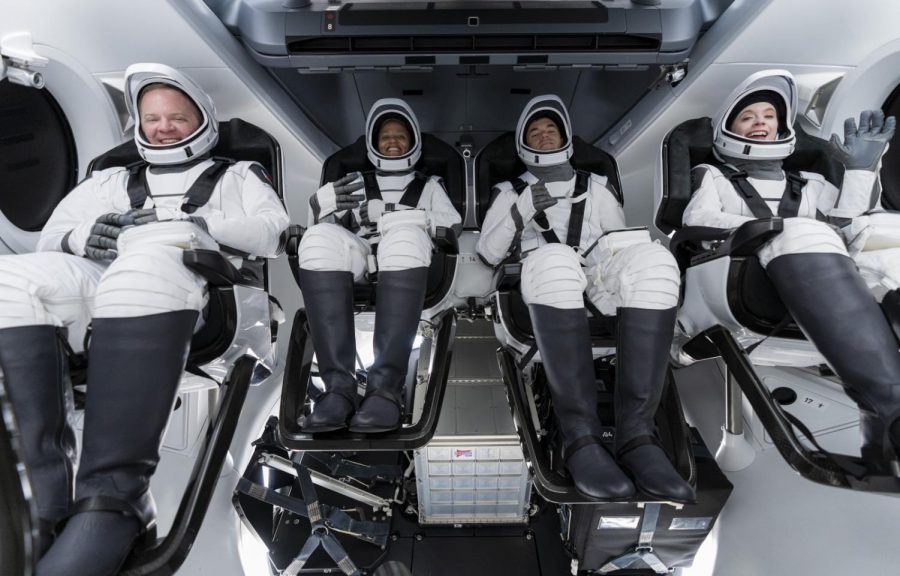 On September 18, 2021, the Crew Dragon capsule landed off the coast of Florida with the Inspiration4 crew, the first all-civilian crew to ever go into space. The mission’s goal was to raise $200m for St. Jude Children’s Hospital for early life cancer treatments. Through this effort, commercialized space flight continued to progress, opening new possibilities in the “final frontier” for average citizens.
The crew was commanded by Jared Isaacman, billionaire founder of Shift4 Payments; he purchased the flight from SpaceX. He was joined by Haley Arceneaux, a physician’s assistant at St. Jude and cancer survivor; Chris Sembroski, a data engineer; and Sian Proctor, a college professor. The other three crew members were selected through an online contest for the mission. After being selected, they went through months of training to prepare for the flight.
“This is an awesome mission, an awesome experience and we are so thankful to the entire crew — Jared and Chris, Sian and Hayley — for participating and making this really become a reality,” Benji Reed, senior director of the Inspiration4 mission tells the press in a news conference after the crew returned from orbit.
Throughout their time in orbit, the crew members would perform medical experiments to examine how their bodies were affected by microgravity and space radiation, as well as taking cognitive tests and blood samples. When they weren’t collecting medical data, they were observing Earth from their cupola at the top of their capsule and hosting broadcasts for the St. Jude fundraising effort.
“I really believe this mission will be looked at as the first mission at the opening of really the second space age, where space travel becomes much more accessible to average men and women across the world,” states Todd Ericson, another mission director at SpaceX. “It’s about opening up space, but it’s also about looking back and making sure that we make a difference back here on Earth,” referring to the funds raised through the mission for St. Jude, which reached a total of $160m.
Shortly after the mission ended, Elon Musk stated he would be adding another $50m to the campaign soon, surpassing their goal of $200m.
A documentary series about the mission, Countdown: Inspiration4 Mission to Space, has been released on Netflix, with the last episode available by the end of the month. SpaceX also plans on sending another civilian crew up in early 2022 to the ISS, as a partnership with Axiom Space.