Follow the Yellow Brick Road and come on down to see the Wizard!

"The Wizard of OZ" is coming to Coronado! 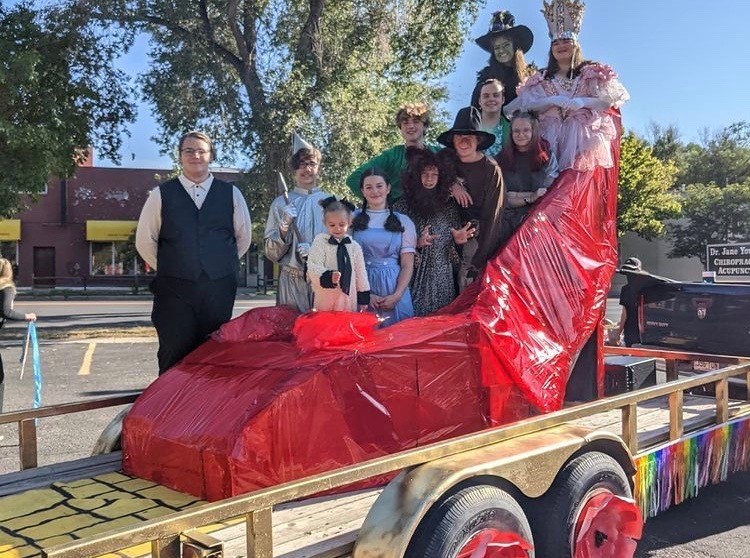 Ever feel a little brainless? Heartless? Cowardice? You’re not alone! Everyone involved in the play has been hard at work. Rehearsing lines, music, building sets, and many other timely things!

“I didn’t actually think I would make call backs. I didn’t feel the best about my audition.” Says Gwendolyn Cornell (even though she did amazing!).

Evelyn Kelley takes the lead role of Dorothy. “I’m definitely feeling very excited about my role and I’m incredibly thankful for the opportunity to do what I love in such an encouraging and fun environment”,” she says.

Ms. Ambroz let us in on her side of things too! Her very first play was “The Wizard of OZ!” She’s been working hard, along with Mr. combs in the Music Department here at Coronado, to get this show on the road! Ms. Ambroz spoke about her past with theater and the performing arts, and what’s next for Coronado! Ms. Ambroz first “officially” got involved in theater in high school and has been in it ever since! She gave us an exciting insight into what’s next for our Cougars!

With “The Wizard of OZ” play approaching, seats are filling up fast! You can buy your tickets here; https://www.onthestage,tickets/show/coronado-high-school/the-wizard-of-oz-52957.