Will WebEx Be Returning on Snow Days? 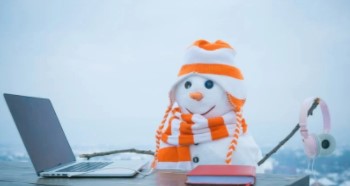 This could be us if we go past our 5 allotted days.

Only two years ago, Coronado High School allowed students to take the day off and relax during snow days. Because of Covid, we now have WebEx and the chance for having online learning days. According to administration, Coronado has already used two out of roughly 5 snow days before we either have to take snow days online or add extra minutes to the end of each day.

Nico Colucci, a senior at Coronado, gave his perspective: “Personally, I’d rather do online learning out of the two. I’d like to graduate on time, and not have to worry about the extra days at the end of the year. Online learning isn’t too much different compared to in person anyways.”

Sam Ford, a sophomore, said, “I feel that most students would agree with me when I say that most people won’t show up to the meetings. I’d rather take the extra days at the end, than inevitably missing some of my classes and getting worse grades.”

Mr. McLean, the Engineering and Algebra 3-4 teacher, also talked about the difference between the two options: “Although for my classes, online learning may be harder, I’d much rather do that than tack on extra days at the end of the year. It may seem like nothing, but it ends up feeling so much longer, and adding much more stress than you would think. Not only that, but students and teachers may already have plans for the summer, and holding them those extra days could remove the ability to make plans.”

Everyone’s points are different, but all reasonable. Regardless of what any of us think, we know that snow days are inevitable. Although it sounds nice to have those extra days to relax, I’d rather just get the work done, and get out on time.