The Rising Gas Prices; Is it Biden’s Fault? 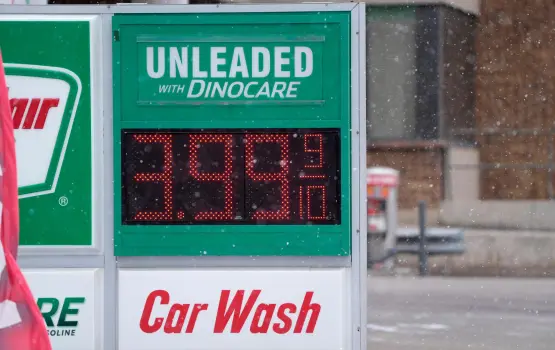 Gas prices from a Sinclair DINOCARE in Colorado

The gas prices have risen by nearly 70 cents in the past two months, which is roughly a 19.67% increase in price per gallon.
People have been guessing on the reasons for the price change, ranging from gas station owners upping the price for their own monetary gain, to the government raising the price to support Ukraine during their war with Russia.
According to recent updates for global trade, Biden cut the gas and oil trades with Russia so that they had less money and supplies while they invade Ukraine.
Why would that make such a difference? The United States was previously receiving about 10% of their gas and oil from Russia. Ten percent of the United States energy consumption may not seem like much, but that amounts to nearly 29 million gallons of petroleum and oil products every day.
Luckily, Colorado is on the lower end of the changes, with the prices being around $4. Some states such as California have gas prices at nearly $6 a gallon, with the cheapest state being Kansas, around $3.80 per gallon.
This war between Ukraine and Russia is absolutely terrible; let’s hope it will end sooner than later, that way not only millions of Ukrainian lives will be saved, but our gas prices will finally go down again.