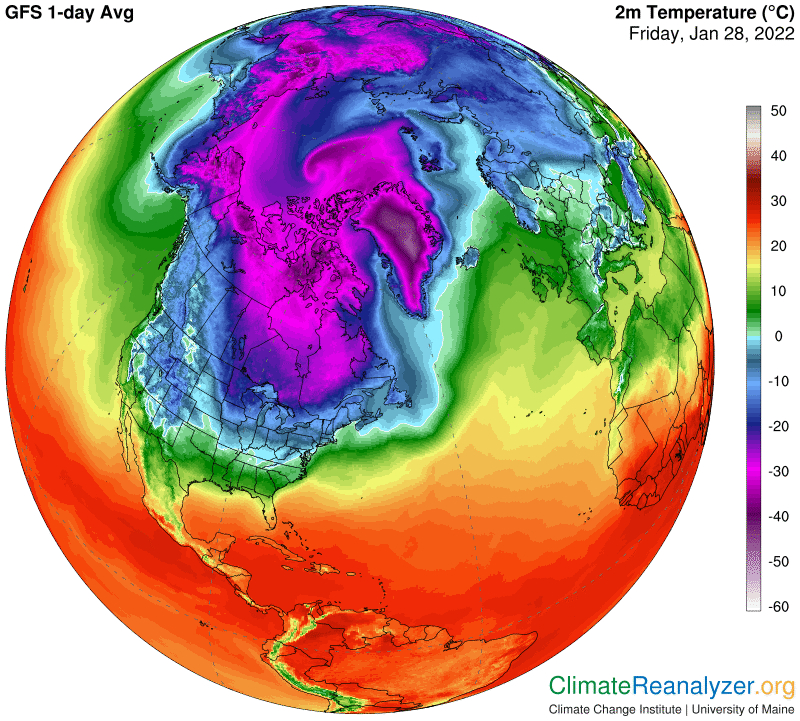 The topic of climate change has brought out the worst in the United States’ legislation system. Half of the government can not decide what to do about it, and the other half will not even acknowledge its existence. Because of this crippling inaction, humanity has begun to reap what it’s sown.
The polar ice caps normally sit at -40 degrees celsius in the north and -28.8 celsius in the south during the winter months. The temperatures between the north and south are supposed to be different temperatures because the seasons are opposite on both sides of the equator (summer in the north, winter in the south). However, meteorologists monitoring the north and south pole have both noticed the same, terrifying thing: both poles are over 30 degrees celsius (86 Fahrenheit) hotter than normal.
The Antarctic research base Concordia recorded temperatures as high as 10 (-12.12°C) degrees Fahrenheit during the day; as compared to the -28°C average. Sadly, due to rapid man-made climate change, temperatures as high as this have become more common since the station’s founding. However, high southern temperatures are just the tip of the iceberg for problems.
As of March 20, 2022, northern arctic temperatures were an astounding 50°C hotter than the springtime average. Dr. Walt Meier, senior NSIDC NASA Scientist, said in an interview with the Associated Press, “They are opposite seasons. You don’t see the north and the south (poles) both melting at the same time; It’s definitely an unusual occurrence.”

One of the prevailing theories on why the arctic circle is extremely warm is because the northern hemisphere is experiencing the end phases of an expanded polar vortex. The National Weather Service says that polar vortexes are “A large area of low pressure and cold air surrounding both of the Earth’s poles. It ALWAYS exists near the poles, but weakens in summer and strengthens in winter. The term “vortex” refers to the counter-clockwise flow of air that helps keep the colder air near the Poles.”.

The vortexes tend to fluctuate when transitioning from season to season, sending cold waves south but also sending warmer waves north in the troughs. It is not uncommon for the poles to be warmer during more extreme vortexes, however the arctic is still far hotter than it should be. Because of climate change the Antarctic is a bit warmer than average, but the Arctic region is experiencing more extreme vertex troughs that send hotter air further north than usual.
Irregular heat waves could be catastrophic in the long term, and they can be amplified with man-made climate change. Climate change and heat waves cause ice caps and glaciers to melt, which will cause several problems such as cities at sea level becoming uninhabitable; methane gas will also be released from the glaciers and into the atmosphere, ever more speeding the process of climate change. The only logical solution to prevent this is to stop releasing greenhouse gasses into the atmosphere. However, this will likely not happen any time soon.
As of March 2022, the arctic and antarctic ice caps are both averaging 30°C hotter than they should be. The arctic heat is likely caused by extreme polar vortexes, but none of the leading scientists actually know for sure. This is just another grim warning of the dangers of climate change, but due to corporate lobbying and political greed climate change will get worse. Cities at sea level will become unlivable as sea levels will increase, and fish and other animals will experience the worst extinction event in human history. The polar caps being hot is just the tip of the iceberg for issues soon to come.