The Cougars Maul the Terrors in a Blowout

The Cougars prove to much for the Terrors 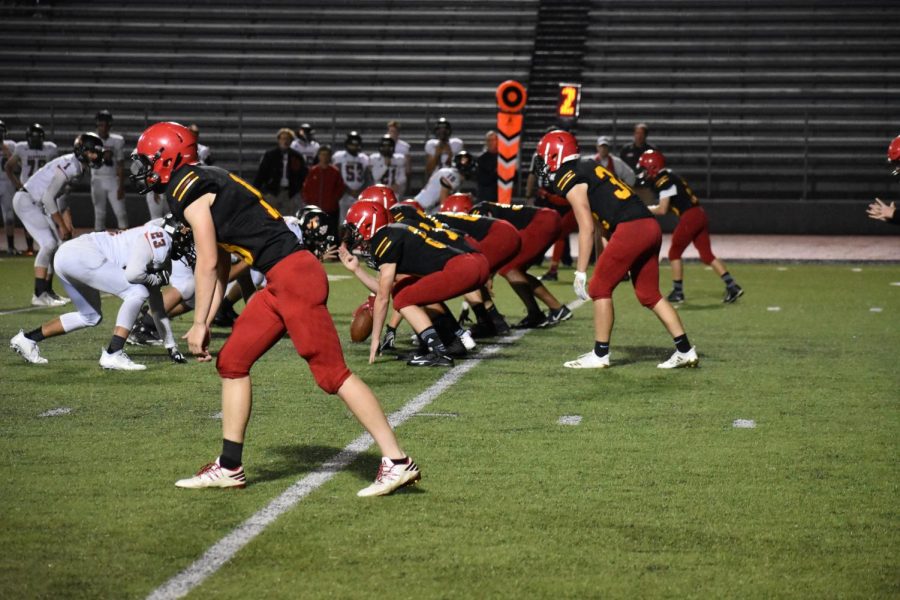 The Coronado Football team electrified the crowd this past Thursday in an exciting 38-6 win over our rivals, Palmer. It was utter domination from the Cougars; it was obvious Coronado was the better team and the scoreboard showed it. The action packed game was filled with student section battles between the two schools, good defense, and big plays from Ladarius Mays, 11. The defense played a fabulous game using a bend but don’t break strategy, thus giving up the yards to the other team but not allowing points. The defense did give up plenty of yards including two big plays with one ending in a touchdown for the Terrors, but the defense did a great job stopping the Terrors on 4th downs and not letting them get into the endzone. The Terrors only made one touchdown towards the end of the game and missed the 2 point conversion.. Ladarius Mays is starting to become a household name around school as every game it seems like he challenges himself to score more and more touchdowns; his current season total is 9. Mays is way above the nation average in yards per game (78) and yards per attempt (5.7). It is obvious Mays is having a great season but some of the credit has to go to our impressive offensive line that continues to open up these holes for him to run through game in and game out. Starting offensive tackle Nick Vernacchio, 12, says, “A win like this can do a lot for our team’s confidence, especially since we have a young team and not many numbers.” Vernacchio’s confidence is sky high as a blowout win against a rival can always boost a team’s spirit. Vernacchio also emphasized how important the student section is: “The student section does much more than just get hype and cheer us on… when the other teams student section is hype in a high pressure situation it disrupts my hearing ability and train of thought.” With the Coronado student section seeming to grow more and more every game, the football team can ride that energy from the fans to gain confidence during the game. For you die hard Cougar fans who want to travel, the Coronado Football team travels to Grand Junction this Saturday to play against Grand Junction Central at 6:30pm.