Fall Sports Coming to an End

Fall sports are ending and Winter Sports are kicking off! 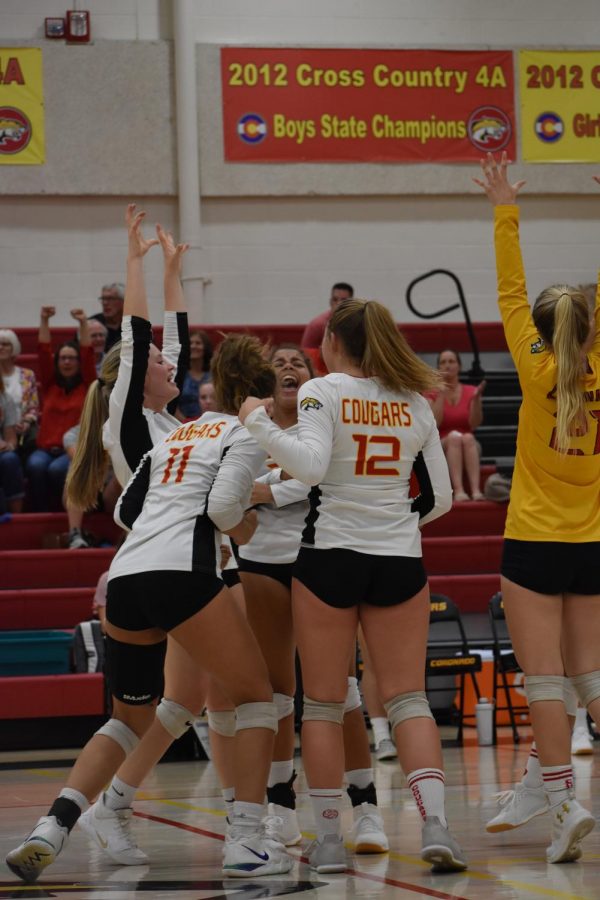 Fall sports are coming to an end. Volleyball, Golf, Cross Country, and Softball have been working hard to achieve their goals, and each team has improved. For one Golf, Cross Country and Softball have made it to state! This means they are able to compete against teams from all around Colorado to be number one!  Furthermore, Coronado’s volleyball team is ranked fourth in the state!

To start off with, varsity volleyball’s record is 11-5. With that being said they are ranked fourth under Pueblo County, Montrose, and Lewis-Palmer. After rooting for Coronado’s volleyball team, this weekend tournament should end up with a win and bring them to have a better chance at state.

In addition to volleyball being ranked in the top five in the state, varsity softball is ranked fourteenth in the state. Their record is a staggering 19-3! All of their statistics are above the averages as well! Many of the softball players are thrilled for state since they pushed themselves to achieve their goals and be able to get to state.

Also, cross country has been racing to the finish line and has made it to state. Throughout the season, each member has cheered on their teammates and come together to make it to state, even though cross country is an individual sport.

In the end, all of Coronado’s fall sports have improved with coaches and teammates working together to make it to state, win their next game, or even coming together as a team. Winter sports are coming sooner than you think! If you have not already, come to sports activities to encourage the team and add another year in the books.