Football Season for the Win 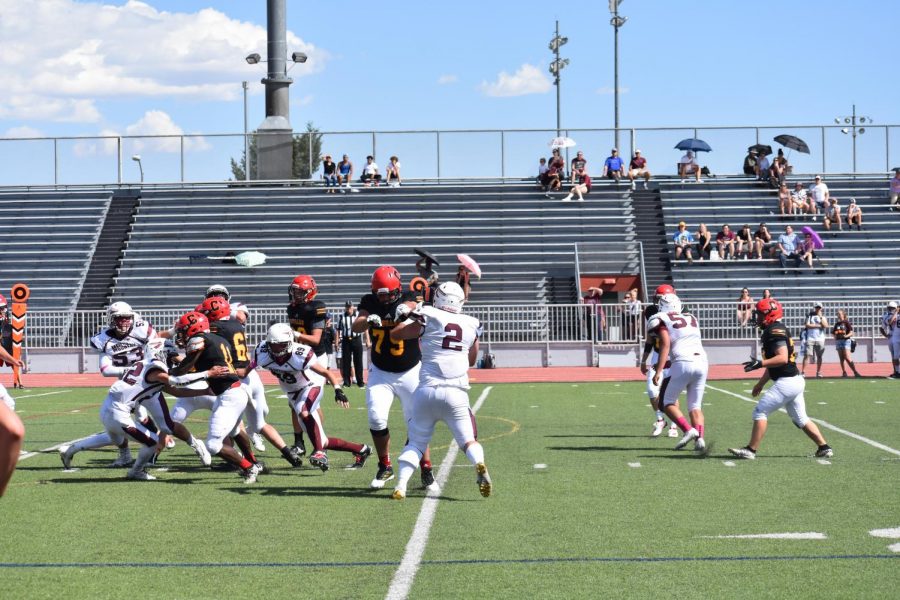 Along with other fall sports, Football season has come to an end. We have won 5 games this season! Our losses have been close and the team still pushed through.

One of Coronado’s star players is Ladarius Mays, 12, and outside of football he also plays basketball and runs track and field. Mays has a total of 27 touchdowns and 1,402 rushing yards. All of his statistics are above the national averages and the rest of the team. He has also scored the most touchdowns out of the team.

The last game we won was against Palmer, with a victory of 49-0, our best win this year! Overall in the state, Coronado is ranked 141. Coronado participated in Touchdowns for Cancer along with other schools across the country this year as well.

In Coach Edmund’s words, “[the team] improved every week. [They] had a variety of issues to overcome, but [they] overcame them.” Mr. Edmund also mentioned compared to past seasons, “We continue rebuilding our efforts.” His favorite part of being a coach is “being a part of something bigger than any one individual. Belonging to the Cougar family is also pretty special.”

The last football game was last friday, November 11th. The game ended with a big win for Coronado against Widefield, with a 35-21 victory. In the second quarter alone we were able to score three touchdowns and be ahead by 19!